The Northern Lights in 3D

When viewing, please select the high definition version so that you can see the stars in the background. You will need 3D glasses to see the full 3D effect.


How it was made:

Because the ISS was flying perpendicular to the direction that the camera was pointed in, I am able to show right and left eyes pictures a frame apart in the time-lapse. You see this like no other human ever has, not even the astronauts. The frames were taken 1 second apart from each other, and in one second the ISS goes about 4.8 miles (7.7 km) each second, so you view it as a proportionally average human would if they were scaled up to stand over 100 miles tall (about halfway to the space station's orbit).

Below is an Anaglyph image showning an example of these two frames merged into one 3D photo. 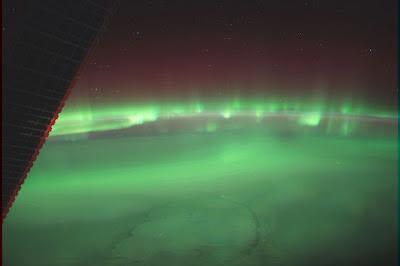 Unfortunately for 3D perception - Araura typically have very soft fuzzy edges. Your brain needs relatively sharp edges in order to calculate binocular disparity and so I ran a Canny edge detector on a low-res version of each image and highlighted the edges that it discovered on the larger image. Below you can see an example image with the canny edge detection highlighting set much brighter than it was in the final video. 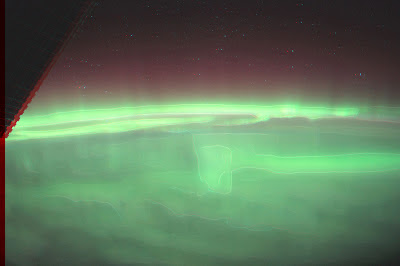 I felt it was more natural to keep the edge detection subtle, especially because it wasn't always perfect - and the lights sometimes moved too much between frames. Below are a few more examples. 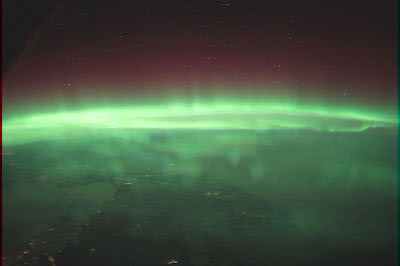 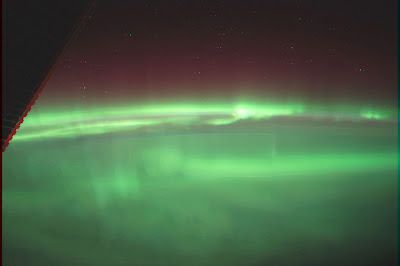 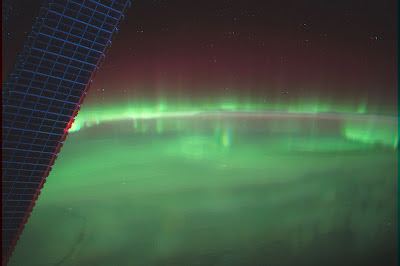 Information about the source photos

Many thanks to the NASA Johnson Space Center and the Images Science & Analysis Laboratory for publishing all the photos. The photos here show the Aurora Borealis over the Great Lakes and Canada. They were taken by the crew of Expedition 30 on board the International Space Station. The sequence of shots was taken January 25, 2012 from 09:27:08 to 09:32:16 GMT, on a pass from northwestern Wisconsin to southeastern Quebec, near the Gulf of St. Lawrence.
http://eol.jsc.nasa.gov/Videos/CrewEarthObservationsVideos/Videos_NorthAmerica.htm

I've loved 3D technology for ages and more recently have seen this comic by xkcd and considered building the system described, but it happens to have already been amazingly well done with this time lapse of cumulonimbus clouds. When NASA put up the ISS time-lapse series and people started making videos I looked at all of them until I found the clips that I could easily turn to 3D.